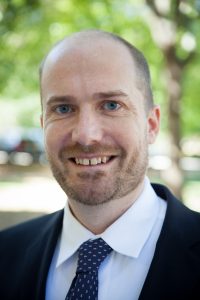 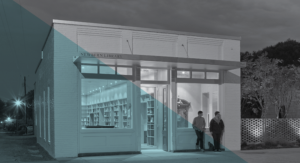 The theme of Carolina Planning Journal’s 41st volume back in 2016 was, Just Creativity. DCRP Associate Professor Andrew Whittemore reviewed the literature on placemaking from that issue and explores where arts and creativity intersect with planning today. Volume 41 and other back issues of the Journal can be found at http://carolinaplanning.unc.edu/.

The purpose of this article is to contextualize the contributions within this issue of the Carolina Planning Journal within a review of recent literature on the subject of creative placemaking. Creative placemaking refers to efforts to use the arts for means exceeding their intrinsic value as beautiful, innovative, critical, and inspiring; in particular it refers to private, public and non-profit sector initiatives seeking to harness the arts for economic and community development purposes.

Creative placemaking is a new term for an old concept. In the City Beautiful era, local elites funded the construction of museums and architecturally elaborate civic spaces with the goal of effecting social change and boosting the image of cities nationally and internationally. In the 1950s and 1960s urban renewal efforts continued the trend, with the most well-known examples being New York’s Lincoln Center and Los Angeles’ Music Center (Grodach and Loukaitou-Sideris 2007). In the last quarter of the twentieth century, after the termination of urban renewal, cities turned to public-private redevelopment projects with clearer relationships to business and consumerism. These almost always targeted downtown areas, and included festival marketplaces such as Baltimore’s Inner Harbor and Boston’s Faneuil Hall Marketplace, as well as far more ubiquitous convention centers and sports stadiums. However, since the 1990s, cities, regions, and even small towns have returned to using the arts to promote economic and community development. Artists have often taken the initiative, given the crisis in public arts funding at the end of the 20th century (Markusen 2014, 568). These initiatives have become central to economic and community development efforts since the millennium, and consequently offer “yeasty new areas for research” for academics (Markusen 2014, 568).

In their 2010 White Paper, Markusen and Gadwa outlined the multiple benefits of creative placemaking strategies. While creative placemaking can revolve around large flagship institutions, it is most effective when decentralized, involving multiple entrepreneur-artists, participants, artistic media, and venues. This creates the potential for the revitalization of entire neighborhoods, small towns, and cities around arts-based identities. Not only is the arts a diverse, innovative, and export-generating economic sector (Markusen and Gadwa, 8), but a thriving arts scene, unlike stadiums or convention centers, fosters a unique identity and workforce retention (Markusen and Gadwa 2010, 19-20). Successful strategies, Markusen and Gadwa show, are place-based, creating opportunities for clusters of artistic activity and in turn the beneficial economic and social impacts that such clusters can have. Successful projects range from inner-city neighborhood re-branding, to rural revitalization strategies centered on regional culture, to artist relocation, to youth arts education.

Three significant areas of critique have emerged in the creative placemaking literature in recent years. One area of critique discusses creative placemaking’s frequent basis in economic development imperatives despite the many possible contributions of artists to cities, not to mention the intrinsic value of their art itself. Grodach and Loukaitou-Sideris (2007) surveyed economic development offices in major US cities to ascertain the goals of local arts-promotion strategies. They wished to understand how often these strategies were (1) entrepreneurial in character, (2) revolved around “creative class” strategies, or (3) were community-oriented in nature. Entrepreneurial efforts are those explicitly aimed at promoting consumerism and tax revenue, often through the establishment of large flagship venues in downtown areas. Creative class strategies promote economic development by rebranding urban neighborhoods as arts-oriented districts and neighborhoods, thus attracting and retaining young, creative professionals. Community-oriented strategies serve the needs of lower-income communities, providing venues for education, arts incubation, and community participation and activism. Grodach and Loukaitou-Sideris found that by far, entrepreneurial strategies dominate when it comes to promoting the arts in US cities, despite the potential diverse contributions of creative placemaking strategies.

A second significant area of critique focuses on the potential of creative placemaking strategies to create gentrification and displacement. The narrative of artist-led neighborhood rebranding and subsequent investment and population turnover has been present within academic discussions for at least thirty years (Zukin 1982). Indeed many planners explicitly view the purpose of creative placemaking to be gentrification: the replacement of a working class population with a wealthier cadre of urbanites (Markusen 2014). Grodach, Foster and Murdoch (2014) recently investigated the relationship of two different kinds of arts activities – the fine arts and commercial arts – with indicators of gentrification (entailing neighborhood turnover) and revitalization (entailing more shared improvements). The authors found that fine arts activities, including museums, galleries, and theaters, correlate negatively with gentrification factors but positively with neighborhood revitalization factors such as rising income levels. On the other hand, commercial arts have significant association with gentrification factors of neighborhood upscaling and neighborhood build-out. These findings suggest that arts-driven gentrification is at least in part a myth, and remind planners of the varied potential of creative placemaking.

A third area of critique focuses on the ramifications of smaller venues for lower income neighborhoods, venues that have historically been “marginalized” by creative placemaking’s dominant entrepreneurial mode (Markusen 2014, 572). Markusen (2014) has recently pointed out that arts-based organizations embedded within local communities can foster activism on diverse neighborhood issues, including health, crime and immigration. Grodach (2009) conducted a survey of Dallas area artist cooperatives, arts incubators offering technical help to artists, art centers specific to ethnic minorities, and art centers intended for community use. Grodach found a story of diverse successes and limitations: some artists avoid engaging with community- oriented venues due to the perceived lower quality of their activities. But Grodach found an array of tools for planners interested in promoting revitalization through creative placemaking, and beckoned planners to move beyond their focus on consumer-oriented strategies.

Grodach, C. (2009). Art Spaces in Community and Economic Development: Connections to Neighborhoods, Artists, and the Cultural Economy. Journal of Planning Education and Research, 31(1).

About the Author: Andrew Whittemore is an Associate Professor at the Department of City and Regional Planning at the University of North Carolina, Chapel Hill. He researches planning history and theory, urban form and design of cities, and land use planning in the United States.