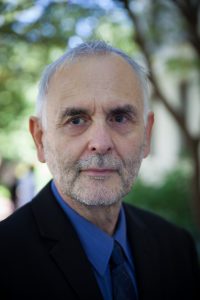 Roberto G. Quercia has stepped down as the director of UNC Center for Community Capital (CCC) after leading the organization for nearly 15 years. In May 2020, Mai Thi Nguyen, associate professor in the department of city and regional planning at The University of North Carolina at Chapel Hill, became the new director.

Quercia is the Harris Distinguished Professor in the department of city and regional planning. During his tenure as director of CCC, he has been principal investigator (PI) or Co-PI on research projects in the areas of low-income homeownership, mortgage lending, subprime and predatory lending, and financial services issues.

His extensive research for government agencies, municipalities, community organizations and private entities, including the U.S. Department of Housing and Urban Development, the Federal National Mortgage Association, and the Federal Home Loan Mortgage Corporation, among many others, has brought in nearly $24 million in research funding.

Arguably the most significant project Quercia worked on was the Community Advantage Program study. Under Quercia’s leadership, CCC received over $14 million from the Ford Foundation for this long-term study of low- and moderate-income and minority homeowners to identify specific lending practices that enable and inhibit successful homeownership. As the PI, Quercia led a research team that has presented findings and policy recommendations from this study widely to policymakers, regulators, industry groups, academics and others interested in expanding homeownership opportunities. Two books, Regaining the Dream: How to Renew the Promise of Homeownership for America’s Working Families, Brookings Institution Press, 2011 and A Place Called Home: The Social Dimensions of Homeownership, Oxford University Press, 2017, and scores of research papers have been published based on this research. The data collected through this study is publicly available. For information on accessing this data go to: https://communitycapital.unc.edu/our-work/community-advantage-program/caps-faq/.

In 2015, Quercia partnered with Mark McDaniel and Jim Johnson on The State of Latino Housing in North Carolina 2015. Among the study’s key findings, they found that Latinos are more likely to rent (57 percent) compared to all NC households (33 percent). Half of all Latino renters and 37 percent of Latino homeowners are cost-burdened, spending more than 30 percent of their income on housing. This research was commissioned by the Latino Community Development Center and the Latino Community Credit Union to better understand the housing needs of the state’s Latino population, barriers they face in securing housing and market potential they represent.

Recently, Quercia launched the Hub for Opportunity, Prosperity and Entrepreneurship (HOPE) with generous funding from the UNC College of Arts & Sciences. The Hub enhances the position UNC-Chapel Hill already has as a national leader on issues related to economic opportunity, financial inclusion, and entrepreneurship by advancing knowledge, informing policy, and sparking critical conversations on and off campus. The Hub builds on the work that CCC has been doing for over two decades to connect faculty and students from around the University to each other and other stakeholders working on these critical issues.

Last year, Quercia sat down for a video interview with CURS about the CCC, which can be viewed here. Many more CCC projects conducted during Quercia’s tenure as director have been highlighted by CURS here.

New CCC Director Mai Nguyen’s research is inspired by the goal of creating equitable and resilient communities. She is a housing and urban scholar who seeks to improve the lives of vulnerable and underserved populations and is passionate about how we can harness urban planning and public policy to create a more just future for the next generation. Nguyen has held leadership positions in national associations, including serving as the board chair of the Urban Affairs Association and president of the Faculty Women’s Interest Group at the Association for Collegiate Schools of Planning. She currently directs the Academic Leadership Program and the Moore Undergraduate Research Apprenticeship Program at UNC-Chapel Hill. Her co-edited book, Routledge’s Handbook of Housing Policy and Planning, was recently published. Nguyen’s work has been published in journals such as: Housing Studies, Housing Policy Debate, Housing Theory and Society, Journal of Urban Affairs, Urban Studies, Journal of Planning Education and Research, Journal of the American Planning Association, and the Journal of Planning Literature.

The UNC Center for Community Capital is a non-partisan, multi-disciplinary research center housed within The University of North Carolina at Chapel Hill and is a leading center for research and policy analysis on the power of capital to transform households and communities in the United States. It is part of The University of North Carolina at Chapel Hill’s College of Arts and Sciences and an affiliate of UNC’s Center for Urban and Regional Studies.