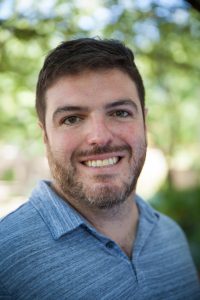 When Todd BenDor, a professor of city and regional planning and director of the Odum Institute, and his fiancé arrived at their friend’s home in Kitty Hawk in 2015 to kick off their wedding week, they received an unexpected greeting. They walked out onto the deck to admire the beach — where they’d have their ceremony in a few days — but there wasn’t one. They peered down to see the ocean licking the stairs that led from the house to the now nonexistent sands, the water undulating with the tide.

Lucky for the BenDors, the wind died down and the water receded a few days later, leaving about 20 feet of sand for them to get married on. Now, each time they return to Kitty Hawk, they find the beach bigger than it was in years past. Each year, expensive beach renourishment projects endeavor to keep the beach in place, with excavators collecting sand from further out in the ocean and spraying it along the coastline, 24 hours a day for months at a time.

Regardless, the beach continues to erode each year.

“It’s like having a dog that bites you and then buying a huge supply of bandages to use whenever he does,” BenDor says. “So, you’re just wearing bandages all the time because your dog bites and bites. It’s treating a symptom and not the actual problem.”

Beaches aren’t the only things that are disappearing. Each year, homes, lives and entire communities are ravaged by flooding and extreme weather events like hurricanes.