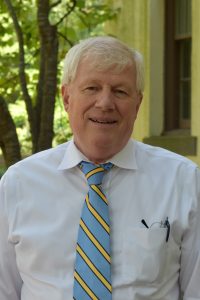 Charles Edwards is Director of the NC Department of Transportation Logistics and Freight division. Edwards began his career as a truck driver, was on the senior management team of the North Carolina-based airline that started United Parcel Service Airlines, helped introduce an innovative container to the international airline industry, managed a commercial airport, led the development of the world’s largest air vehicle, managed the NCDOT rail division, and has been a senior advisor to public and private aviation and logistics projects in the United States, Europe, Africa, Southeast Asia and the United Arab Emirates. He holds degrees from universities in Canada, the United Kingdom and the United States. He co-leads an international air cargo education program and serves on various international and US logistics industry boards.