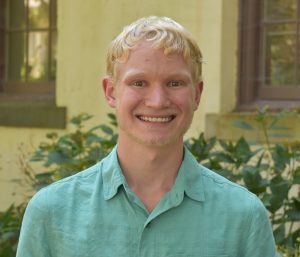 Investing in green space and park creation has enormous benefits, from bolstering community wellness, to reversing historic disinvestment, and in raising surrounding property values. While care should be taken to avoid the park-driven gentrification that has accompanied many of the recent high-profile parks such as the Atlanta Beltline, investing in community assets that help raise the value of people’s homes and improve quality of life is an essential element of any community development strategy. Small, neighborhood-scale parks present an opportunity to make low-cost investments with significant impacts: research shows small parks have significant impacts on nearby property values and can avoid some of the dis-amenity effects of large traffic-generating parks.

In community development efforts, a common goal is to promote development that will spur sustainable rises in property values. In communities in need of redevelopment activity, there are frequently issues of undeveloped or vacant lots. These spaces frequently lower the value of surrounding properties, depressing the value of people’s homes and cutting into the tax revenues of local governments. While the drive to seek the ‘highest and best’ use frequently points towards infill residential and commercial development, there are a number of reasons to consider an alternative ‘redevelopment’ strategy: converting undeveloped/vacant space into maintained, passive park space.

It is well understood at this point that parks provide a wide range of benefits to local and regional communities, without even considering the direct economic benefits. Access to park space has significant benefits for mental and physical health, childhood development, and community social capital. The creation of new parks, and the extension of park access to new areas and underserved communities is also a question of justice: numerous studies demonstrate the historic legacy of underinvestment in park space (and especially green park space) for minority and low-income communities.

But what if we do consider direct economic benefits? Previous posts on the CED blog have noted the economic benefits of parks can be substantial. Public investment in park space can serve as a catalyst for private investment, drawing new residential, commercial, and retail investment around these high-profile amenities. This is one of the primary justifications for creating Tax-Increment Financing or Business Improvement District boundaries around park developments: the park attracts investments and brings the neighborhood up around it.

Much of this research centers on either A) Large community parks, such as Central Park NY, or Cleveland’s MetroParks system, or B) Greenways and ‘Linear Parks’, which have seen a surge in interest with such high-profile examples as the NY Highline and Atlanta BeltLine. And for good reason: large regional parks can have significant social, environmental, and economic benefits. Setting aside the benefits to the regional environment and the social benefits of access to large tracts of green space, the economic impacts of large parks are substantial. The Trust for Public Land conducted research suggesting that properties adjacent to regional MetroPark facilities saw 16% premiums in property values; this is not even considering the increased tourist activity, the economic benefit of concessions within the park, and the enormous economic benefit of improved physical health linked to access to parks.

However, in many communities there is a need – and an opportunity – for small, neighborhood-scale park investments. These park investments may not be amenity-laden in the way that a park like Raleigh’s Dorothea Dix Park is; nonetheless, even simple maintained passive park space can have substantial impacts on neighboring properties. Research from the National Recreation and Parks Association shows that properties abutting passive urban park space typically see between 8-10% premiums in tax assessed values over comparable properties throughout the neighborhood. Almost all research on park impacts at the neighborhood scale show significant benefits extending out 500-600 feet from the park boundaries. Particularly in historic communities with small lot sizes and higher densities (which are often the focus of community development efforts), this can mean substantial benefits for a large number of properties.

Small parks, and especially the smallest ‘pocket parks’, are a relatively low-cost and high-reward implementation in community development. Particularly in the case of converting undeveloped and vacant lots into passive park space, cleanup, greening, and maintenance can be accomplished for relatively low cost. Investing into small parks still generate spillover effects on neighboring properties; in fact, research from Madison WI suggests that parks under 1.5 acres have the greatest proportional effects on neighboring properties. Further, it’s been suggested that residents of homes on small lots or in multifamily buildings which lack ‘backyard amenities’ benefit even more from these proximity effects to park space, as the park effectively functions as a backyard and value accrues on their property. Small neighborhood-scale passive parks also may avoid some of the negative externalities of larger parks. Parks that are actively programmed or have significant parking can actually have negative effects on neighboring properties, but a small walkable park can avoid those problems, and likewise avoid the downward effects that proximity to larger parks may have on property values.

The evidence is squarely on the side of small parks having both substantial social benefits, as well as economic ones. But how small? Is there a point at which the parks are too small to produce spillover effects? Evidence suggests that the lower limit may be Very low indeed. Research out of the University of Pennsylvania has shown that converting an unmaintained vacant lot into a maintained greenspace (absent any dedicated amenities besides it’s green-ness and evidence of maintenance) can reduce feelings of depression and worthlessness in members of the community by significant amounts. Although those benefits were not tested along a distance threshold, their significance suggests that these very low-cost types of green space creation can have effects far outstripping their costs (the study estimated the cost of each installment to be less than $1500, with yearly maintenance less than $200).

Investing in green space and park creation has enormous benefits, from bolstering community wellness, to reversing historic disinvestment, and in raising surrounding property values. While care should be taken to avoid the park-driven gentrification that has accompanied many of the recent high-profile parks such as the Atlanta Beltline, investing in community assets that help raise the value of people’s homes is an essential element of any community development strategy. Small, neighborhood-scale parks present an opportunity to make low-cost investments with significant impacts: research shows small parks have significant impacts on nearby property values and can avoid some of the dis-amenity effects of large traffic-generating parks. Even the smallest of green space investments, the greening of a few vacant lots, can have significant community health benefits, and the lower limit at which park space impacts property values has yet to be set. The economic, social, and environmental benefits of large park investments have been well documented and well learned; but one should not neglect the opportunity that small lots can present to create new community assets with big impacts and low costs.

The Community and Economic Development program at the School of Government provides public officials with training, research, and assistance that support local efforts to create jobs and wealth, expand the tax base, and maintain vibrant communities. We deploy the resources of the University to support the development goals of communities in North Carolina.

Ethan Sleeman is a second-year Master’s Student in the UNC Department for City and Regional Planning, and a Community Revitalization Fellow with the Development Finance Initiative.

This article was originally posted: https://ced.sog.unc.edu/spillover-benefits-of-park-proximity/